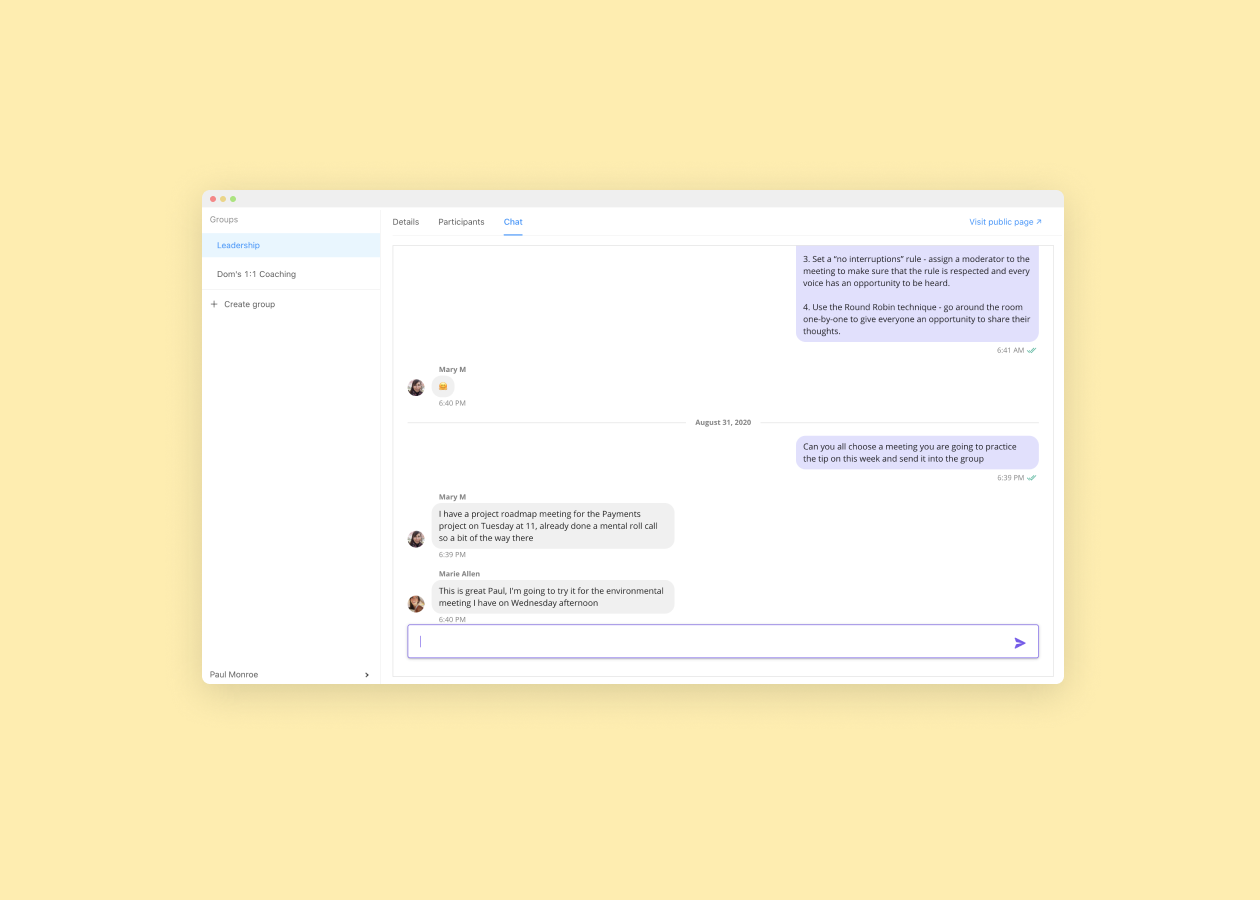 Since we launched our business dashboard an increasing amount of admins have been using it to manage their groups on Quorum. We wanted to let them engage with their groups too.

There’s a new tab on the dashboard for every group that lets you open up a chat interface so you can converse exactly as you would on mobile.

The Quorum chat app now detects the system language of a users phone and is able to offer the app in multiple languages. We’ve started by adding French as a second option but send us a message if there’s another language you’d like to see supported - it only takes us about a day to get it setup.

Not every group is run by a single individual. Some are moderated by multiple admins. We built a way for you to allow multiple Quorum users to act as admins on your group - you’re still the sole owner.